Used extensively in the collection of odour emissions from area sources, this wind tunnel system was built upon the widely published University of New South Wales wind tunnel system that was developed by John Jiang (EnvironOdour Director). Its built-in flow sensor can monitor the air velocity within the wind tunnel and the Bluetooth capability allows easier operation and data access.

Area sources can have either a solid or liquid surface such as a cattle feedlot or effluent pond. A portable wind tunnel system is the default method for collecting odour samples from these sources. The sample is then analysed by an olfactometer to calculate the odour concentration. The Specific Odour Emission Rate (SOER) can then be calculated. This is the quantity of odour emitted per unit time from a unit surface area.

The geometric size of the system was designed taking into account transport and operational factors.

In the past, isolation chambers were the standard method for the collection of odour from area sources. The isolation chamber system was developed by the USEPA in 1983. The mixing characteristics of the chemicals and the carrier gas are the critical design parameters. Several uncertainties have been reported: stratification, unsatisfactory sweeping rates, unclear operating procedures and building design. All these factors may limit the application of the isolation chamber in the determination of emission rates. For further information see question 9 in the FAQ section.

In 1993, a portable wind tunnel system was developed by the Centre for Wastewater Treatment at the University of New South Wales to measure odour and VOC emission rates from area sources at wastewater and industrial wastewater treatment plants, cattle feedlots, mushroom composting, piggeries etc. This system operates with activated carbon filtered air supplied at a controlled rate by a blower. A set of diffusers, and a perforated baffle control the aerodynamics of the wind tunnel.

It is almost impossible for natural ground level wind conditions to be duplicated inside a small wind tunnel. Therefore, the portable wind tunnel is designed to create an environment where the boundary layer is well developed and convective mass transfer occurs. The aerodynamic performance of the wind tunnel system can be repeated in the sampling process.

The tunnel is placed on either a solid or liquid surface. Filtered air is passed through the tunnel at a controlled speed, creating a constant flow. The air velocity inside the wind tunnel is 0.3 m/s. The odorous compounds volatilize, or diffuse into the air, in an attempt to reach equilibrium between aqueous and air phases. Secondly, convective mass transfer takes place in the air phase. Convection occurs when air flows over the surface, sweeping odorous compounds in the air phase near the surface. The convective mass transfer rate relates directly to airflow velocity over the water surface. Together, diffusion and convection determine rates of volatilization of odorous compounds and odour emission rates from a water surface to the air.

The released sample odour is mixed with the air flow and flows out through the exhaust. A portion of the mixed air is collected before it leaves the tunnel using the DyanDrum sample collection system or a similar device. This sample is then tested for odour concentration using an olfactometer. 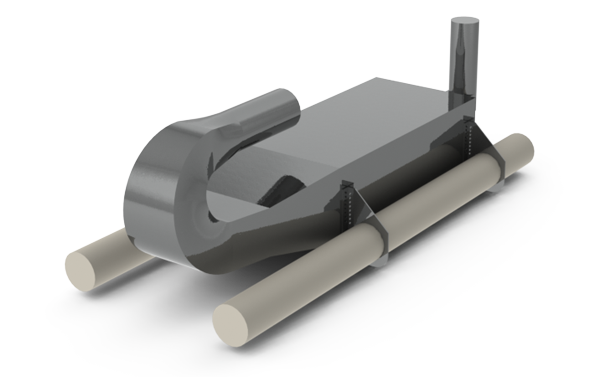